Throw money away? What kind of stupid article is this? Everybody knows that money is too valuable to throw away. I would never do that Mr. C. These are all reasonable responses from smart people who do dumb things. But it’s true. Many of us throw away money every day and don’t even realize it. Don’t take it too hard though, Mr. C is right there with you. I’ve been doing dumb things for a (very) long time. And i’m not talking about throwing away money on a pair of “Jams” pants either. I’m talking about throwing away literally hundreds of thousands or even millions of dollars without getting so much as a cool Walkman cassette player in return for it.

You’re probably scratching your head at this point wondering how all this money is getting into the landfill? It’s actually the easiest thing you can do. Nothing. You do Nothing. You don’t save any of your income, you don’t invest. And as if by magic all of that potential growth (money) just goes right in the trash.

The key concept here is “opportunity cost”. Investopedia defines it this way.

When an option is chosen from alternatives, the opportunity cost is the “cost” incurred by not enjoying the benefit associated with the best alternative choice.

Our choices have costs associated with them. Some of the biggest costs are lost opportunity. When you get that first “grown up” job, many people choose to purchase a brand new car. It makes sense, they want to be reliable, they want to look the part of a successful person, they worked hard and they deserve it. Right? But what did they throw away by making that choice?

Jake (25 years old) is a new college grad. He gets a solid job offer and treats himself to a brand new car to celebrate. After 5 years of payments he has a car worth about 40% of its original value and nothing else.

Katie (25 years old) is also a new college grad. She gets a solid job offer and realizes she needs reliable transportation but also recognizes the “cost” of a new car. She purchases the same car as Jake but it’s a 2 year old model. That “choice” allows Katie to save and invest the difference of $163 per month for the next five years. After those 5 years, Katie has a car worth a little less than Jakes, but she also has $11,737 in her Roth/IRA. Not bad, but wait. Katie leaves that money invested until retirement at 65 and ends up with another $135,047 dollars. That’s the benefit from a single alternative choice to drive a slightly used car.

As a point of reference, according to Synchrony bank the average retirement account balance for people in their 60’s is $172,000. Our example shows how Katie comes close to that number from a SINGLE decision.

Nothing is more expensive than a missed opportunity

Mr. C, i don’t care about an extra $135,047 dollars. The new car smell is worth it. Fair enough. A life of freedom is all about having choices. But what is the cost for the average American. How much money does the “average” American throw away? Let’s head over to the Interwebs and figure this out.

This is bad news for the average American. But how bad is it Mr. C? Well, let’s check back on our hypothetical college grad “Katie”. She’s always hated throwing away money, and when she’s here at the Hardware store Mr. C likes to talk to her about investing. Intrigued by the thought of not being broke, she decides to save and invest 10% of her average American income. She started working at 16 and grew her income over time. Based on her sensible and not overly aggressive choices, at 65 years old Katie is able to amass $1,458,555. Granted she did give up an average of $427 per month during her working lifetime. A total of $251, 208. The simple act of saving and investing 10% of her income earned her $1,207,347. She didn’t start a business, she didn’t side hustle or buy real estate. She set up an automatic withdrawal to a company like Vanguard and never turned if off.

The Average American Throws $67 In The Trash Every Day

Where does this leave the 48% of Americans who don’t save anything for retirement? It means that their decision “not” to save, is roughly the same as throwing $67 every day for 49 years into the trash. That’s the Opportunity cost of that decision. I don’t know about you, but Mr. C could buy one of those stand up Arcade games he’s always wanted with that kind of money.

Your retirement savings should never be zero. 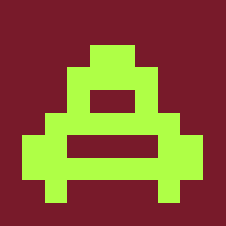